By now, everyone’s familiar with Jefferson Bethke’s viral, “I hate religion but love Jesus,” video, which has now surpassed 16 million views on Youtube. The controversial rap-style poem provoked a plethora of video responses from Christians and atheists, and a few comical comebacks, like this one: 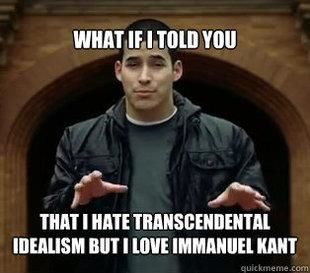 In a recent interview with ChurchLeaders.com, the 22-year old clarified his intentions, by explaining what he understood by the term “religion” and giving the interpretive key to his poem:

“Essentially, I come from a Mars Hill context, because that’s my home church. I didn’t realize this, but outside Mars Hill, religion means different things to other people. Inside Mars Hill, the word “religion” is pretty much synonymous with hypocrisy, legalism, self-righteousness, and self-justification. That was really the heart of my definition of that word. If you went through the entire poem and replaced the word religion with either legalism or self-righteousness or hypocrisy, it would have not changed my intention or the heart of that poem whatsoever. To me, those words are interchangeable.”

Jefferson’s unconventional opinions on religion are not all that uncommon. They are basically the same views expressed in William P. Young’s best selling novel, The Shack (a very heart wrenching, Christ-centered story of a man’s struggle with grief and forgiveness, after the abduction and brutal murder of his youngest daughter). Several thousand Christians nationwide hold these non-denominational Christian beliefs.

To most mainstream Christians, however, these views seem paradoxical: how can you belong to a church and attend worship services, on the one hand, while denouncing organized religion, on the other? Jefferson’s clarification regarding his misunderstanding of the term religion sheds a lot of light on this issue, yet it still leaves a lot to be explained.

For instance, Jefferson seems to apologize for equivocating with his use of the term religion. Yet by stating that for him the term religion means hypocrisy, he opens yet another issue (or perhaps, he rather reinforces the point that many people already inferred). One can now more easily conclude that he regards members of mainstream Christian denominations as hypocrites. He still seems to assume that anyone who practices religion according to the institutional structures of a religious denomination is merely going through the motions and perhaps does not have a personal, loving relationship with Jesus Christ.

The sad truth, however, is that in many cases, this is so.

The fact that it is so seriously indicates that perhaps many churchgoers are as confused about the meaning of religion as Jefferson Bethke apparently is. Religion, according to the true since of the word is not just a set of institutions, laws, beliefs, rites, and traditions held and practiced by Sunday churchgoers, who spend the rest of their week surfing for pornography on the internet (as his poem suggests). It’s not about rattling off dictated formulas, without reflecting on and interiorizing the rich meaning behind the words. 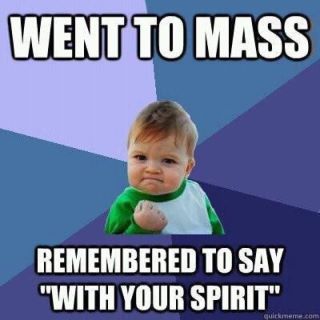 Say It and Mean It!

The true religious believer loves God and unites himself to him through (by means of) religious expression, as the etymological meaning of the term religion (re-ligare: to re-bind one’s self to God) implies. It entails the humble creature’s sense of obligation towards the Creator for the gifts he or she has freely received. Through the rites and traditions of organized religion, men and women orient themselves communally to God to praise him, thank him, ask his forgiveness, and offer their lives to his service.

True, we can find numerous examples of people who feign religious piety and then turn around and scandalize us with their immoral behavior, too many people who don’t practice what the preach, causing some to overlook the many good examples of sincere churchgoers. The fact that there are so many counterexamples out there should not surprise us. Religion teaches us that people are weak in this regard. It would be self-righteous for anyone to think he’s invulnerable, just because he’s been baptized and goes to church on Sunday.

The confusion over the nature of religion stems from this observation that religious people are not always that religious. I believe that was the point to this young man’s well intentioned video. Many people picked up on that… and ran with it.

And what does any of this have to do with social media?

What makes a video about hating religion go viral? Key words: religion and hate. Emphasis on key words. Christians are not the only ones on the internet with differing views on the nature of religion and browsing for stories of interest.

I do applaud this young man for his zeal, his faith, and for eagerly engaging culture with the tools that the new media have to offer. I also admire him for his talents. One thing that this episode has taught us is that, today, anyone can broadcast their message to almost everyone. Once the message is out there, however, we no longer exercise full control over it; nor do we control the consequences.

Jefferson, I know you meant well, but that’s a double edged sword you’re swinging around there. Don’t lop off the good with the bad and cut yourself with it. People on the internet will take what you say, manipulate it, and use it for their purposes to spread their hate against the name of Jesus, whom you and I both love. Please, learn to wield your weapon wisely or put it back in its sheath. That is, if you don’t want to encourage more hate. 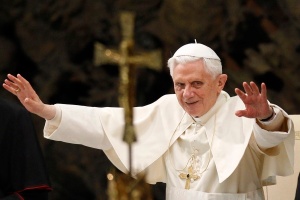 Yet do not let your heart be troubled! Pope Benedict encourages all of us to make good use of social media: “I would like then to invite Christians, confidently and with an informed and responsible creativity, to join the network of relationships which the digital era has made possible.” On another occasion he observed that, “the recent, explosive growth and greater social impact of these media make them all the more important for a fruitful… ministry.”

The New Evangelization calls for engaging in the New Media. That’s what we’re doing at Biltrix. So I can only encourage others to do the same, and to do so with good intentions, charity, and prudence, of course.