There are  days when a blogger gets a block and can’t come up with much to say. Then there are days when the blogger has so many ideas that he can’t think of how to put it all into one post. Happens to be the latter for me today. Of course, I don’t have to say it all. But, then again….

Good things always come in 3s, right? So here’s how I’m going to do it.

First, I have to blame a friend of mine for planting this crazy melange of ideas in my head this morning. With sparkle in eye, sheepish grin, and rising tone in voice he issued the challenge: “Guess what today is!”

Well, it’s not Wednesday — I thought — so what are you getting at?

“You’ll never guess who’s Saint’s day this is,” he continued.

He actually caught me off guard, because I had not checked to see who the Saint for today was. But when he said “You’ll never guess,” it was a dead give away. We associate Santa Clause with Christmas day and few people know that his feast falls much earlier in the month — I knew that. So I guessed, “St Nicholas.”

There you have it. I correctly answered today’s trivia question. I win points for that, right?

Now, when I think of St Nicolas, I think of the icon I included at the top of this post, because of the story that the artist shared on her blog. To get the full story, you have to read two of her posts on it, and trust me, it will make your day if you read both of them.

So, please check out this story in two parts, which consist of a story of forgiveness and a story of reconciliation. You’ll be glad you did because…

It is important for us to remember that Advent is a penitential season, which means conversion of heart. Forgiveness and reconciliation are so essential for that conversion in our heart. I think it also means something that a great manly saint, like St Nicolas, is part of this particular conversion story and that it just so happens that we celebrate his feast during Advent.

Which brings me to my second point.

St Nicholas is all about the virtue of giving — Almsgiving!

Now, everyone gets generous at Christmas. It is the most giving time of the year. Why is that?

First of all, it’s cold this time of year (in the Norther Hemisphere). Generosity is a way of spreading that needed warmth. We realize we need to think less of ourselves and more of people who are less fortunate than we are. This is supposed to be The Most Wonderful Time of the Year for everyone!

That is a great reason for almsgiving during Advent, I’d even say it is the reason for it. But there’s a reason behind the reason. It’s the influence of the Church, which has always promoted Advent as a penitential season (which perhaps we’ve gotten away from in modern times), and hence the great spirit of almsgiving this time of year. This has become such a strong tradition that now it is just what people do. That is not a bad thing, of course, but it would be better if we also reflect on the spiritual sense it has that originated the tradition of “holiday giving.”

To understand how these traditions become traditions, to regain the original sense of the tradition, which still holds, we must get back to the roots of the tradition. Someone had to get the ball rolling in a strong way. In fact, many people did, but there is one great exemplary figure who stands out strongly for this. Guess who… You’ll never guess!

You guessed it — Ol’ Saint Nick! Whose feast we celebrate today. If you are not familiar with the true story of St Nicholas (a.k.a. Santa Clause), today is a good day to learn more about it. Here’s a cite dedicated to just that: St Nicolas — Discovering the Truth about Santa Clause.

Which finally brings me to my third point. I found this great blog yesterday. Chances are you already know about it too, because it is a pretty popular WordPress blog, called “The Catholic Gentleman.” His post yesterday relates somewhat with all this discussion about St Nicholas. You can determine for yourself if you think it does, but at any rate, it’s a good read from a really good blog I’d like to introduce you to if you are not already familiar with it: 15 Heresies and the Manly Saints Who Fought Them.

St Nicholas was not mentioned in that post, but he was still quite the manly saint — let’s not forget that — and it doesn’t have anything to do with ridding on the backs of flying reindeer (though that would be a dauntless feat to pull off). He did, however, punch the heretic Arius in the face.

When Santa Punched a Heretic in the Face and 12 more Memes on St. Nicholas from St Peter’s list

So much you didn’t know about this gentle man of God! Aren’t you glad you stopped by to learn more about him here today?

I did not include an Advent song yesterday, because I introduced a post from Fr Martin Connor, whose work I’ll start sharing more periodically. Today, I want to feature another one of my all-time top favorites, Of the Father’s Love Begotten. I think this song gets better and better the closer we get to Christmas, but I shared it today, since what we considered, ultimately, was Charity. St Nicholas gives us an extraordinary example of charity in the form of almsgiving this time of year, but there’s only one who can be true the paradigm of charity: God.

God is Love, the source of all love. His coming into the world and becoming one of us is the example par excellence he gave us. A meditation on the Incarnation is good for Advent. That is what this beautiful hymn — beautifully sung too — is about.

And by the way… 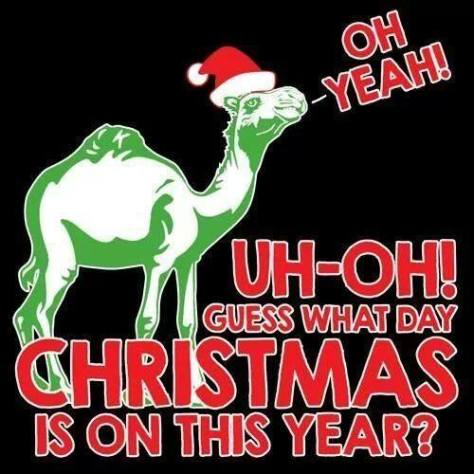