Aging and Disability was the topic of the 20th General Assembly of the Pontifical Academy for Life held on Feb 20-21, 2014 in Rome.

With the advance of medical technology, there is a longer life expectancy worldwide.  Along with increased lifespan, END_OF_DOCUMENT_TOKEN_TO_BE_REPLACED

Terry McDermott is a registered nurse, in Toronto, and Catholic writer I’ve gotten to know through her blog. I urge you to read her well researched article at Catholic Insight Magazine on the situation with euthanasia in Quebec. Here is an excerpt I found alarming:

“As of 19 February 2014, Bill 52 has not been adopted. According to an article in the National Post, the Parti Quebecois is calling on all elected members of Parliament to ensure quick adoption of the bill before an election call that is expected in the next few weeks.”

8 Kids And A Business

Here in Canada, the province of Quebec is on the brink of passing Bill 52 which will make euthanasia and physician assisted suicide legal in Quebec. Assemblee Nationale Quebec (Quebec National Assembly) will hand down it’s final decision in this session of parliament, maybe even this week. There is a concerted push in the Quebec parliament to adopt this bill before a provincial election is called in the next few weeks.

Catholic Insight Magazine has published my article on Bill 52 on its website. The article highlights the Federal Government’s response to the Bill, the history of the euthanasia and physician assisted suicide fight in Canada, as well as my interview with Dr. Catherine Ferrier, one of the founding physicians of Physicians’ Alliance Against Euthanasia.

I invite you to read the article at Catholic Insight Magazine.

Fr Joseph Tham is a Catholic Priest, has doctoral degrees in medicine and bioethics, and is a contributor to Biltrix. In this article he presents a four-fold model for assessing the medical professional’s role in society, based on some reflections ten years after the 2003 SARS epidemic.

In early September, I participated in a conference on “SARS epidemic: ethical reflection and prospects” in Hong Kong. The 2003 global epidemic of severe acute respiratory syndrome was particularly devastating in Hong Kong.  About 1800 people were infected, 300 of whom died, including 8 medical personnel.  The Bioethics Resource Centre of the Catholic Diocesan Committee for Bioethics of Hong Kong organized the education event with the sponsorship of different hospitals, nursing and doctor guilds. END_OF_DOCUMENT_TOKEN_TO_BE_REPLACED

Recently, I read a book by Gilbert Meilaender, called Should We Live Forever? The Ethical Ambiguities of Aging.  The question of aging and immortality does not seem, at first glance, to be a bioethical topic.  This little book by the Methodist theologian offers profound insights to the oft-ignored questions underlying many bioethical debates today—from euthanasia and the right to die, to regenerative medicine which attempts to extend life using stem cells and cloning, to enhancement and transhumanism. END_OF_DOCUMENT_TOKEN_TO_BE_REPLACED

Recently, I wrote this book review on an interesting work, White Coat, Black Hat: Adventures of the Dark Side of Medicine, by Carl Elliot.

In this work, the author delves into the well known problems that medicine faces as it divides its attention between patient care and profit making. END_OF_DOCUMENT_TOKEN_TO_BE_REPLACED

In this article, I will discuss four challenges that Catholic doctors face in the world today:

1) The secular and Catholic divide that gives rise to two contrasting visions of bioethics: the secular vision based on utilitarianism and materialism, whereas the Catholic vision is based on natural law and human dignity; 2) This divide is most evident in beginning of life issues, on the moral status of the human embryo END_OF_DOCUMENT_TOKEN_TO_BE_REPLACED

Recently, Edvard Munch’s emblematic painting “The Scream” was sold for $119.9 million, and became the most expensive artwork ever sold at an auction. This painting is one of four similar works by the Norwegian expressionist artist and is also the only one to include a poem on the frame. He explained the inspiration behind this composition: END_OF_DOCUMENT_TOKEN_TO_BE_REPLACED

As the month May rolls by, the smell of spring is in the air, and it is a month that motherhood is celebrated all over the word.  For Catholics, it is also the month we celebrate the maternal closeness of Mary.  It is therefore a strange contrast with some recent comments that surfaced about the irrationality of having children. END_OF_DOCUMENT_TOKEN_TO_BE_REPLACED

You can’t make this stuff up.

Imagine living in fear and uncertainty under the imminent threat that this could happen to you:

According to a recent scientific study, peas, that’s right, peas, live in communities, communicate with each other, have memories, and feel stress; therefore, we need to open the discussion concerning the ethical treatment of vegetables. END_OF_DOCUMENT_TOKEN_TO_BE_REPLACED 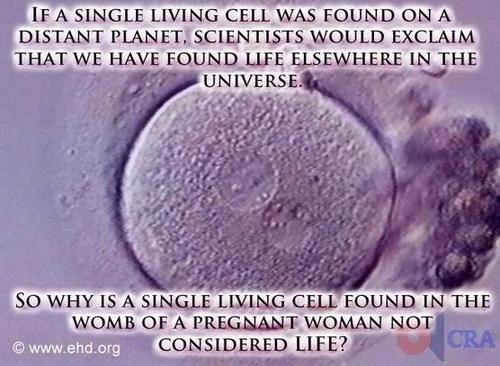 Many of the questions guiding scientific investigation on the origin of life seem to disregard alternate questions that ought to be obvious. Why are they overlooked?