Is there such a thing as cafeteria Catholicism?

Welcome to the Catholic Cafeteria

If you answer No to this question, then you are probably not a relativist.

If you answer Yes, then you probably don’t mind being called a liberal Catholic. That’s probably how you would describe yourself.

So what’s the problem?

Everyone knows that it can’t be raining and not raining in the same place, at the same time. So why do some people hold that you can be Catholic and not accept Church teaching at the same time? Maybe they don’t see the contradiction. 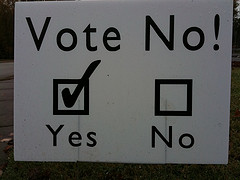 Or if they do see it, they don’t see the problem with it.

Or if they do see the problem with it, they don’t have a problem living with it.

The big deal depends on your perspective. If you consider yourself a cafeteria Catholic, you probably have a hard time accepting something the Church teaches, believe you are grown up enough to decide for yourself, and don’t like other people imposing their ideas on you. You simply see things differently and wish people would just live and let live.

If you call yourself a conservative catholic (or some would prefer to say just Catholic), you see dissent among Catholics as a corruption of the faith that causes general confusion regarding what the Church really believes and that worries you. You are concerned about the fait of Catholic culture and don’t want to see it compromised. Maybe you even believe that Christ’s mandate is to teach and defend what the Catholic faith really believes.

You may even think that the Catholic relativist is only a nominal Catholic.

The so-called nominal Catholic, however, takes offense at that. And maybe he or she has a point. Once baptized, we all have a place at the Father’s table. But just because you have a placemat with your name on it does not mean you are showing up for dinner or that you are eating the healthy food mom has prepared for you.

The big deal is your salvation — pardon my dogmatism here, but this actually is the Church’s real concern.

Warning: Before using this product, read all instructions carefully!

Many people ask, “Why does Church teaching seem to be just a long list of Nos and Don’ts?”

On the one hand, it’s not just a list of negatives. The overarching command is Christ’s mandate (the core of the liturgy on Holy Thursday) “Love one another.” Love God, Love your Neighbor, and Yes, Love Yourself.

When you buy a new product, say, a laptop, it usually comes with a users manual. If you take time to read the users manual you are likely to find a section that says:

… Followed by a series of do not’s. For example, do not disassemble this product yourself; do not remove the battery when this product is plugged in; do not leave this product in direct sunlight for a prolonged period of time, etc…

And of course, if you are a cafeteria laptop user, you can pick choose which of these Don’ts do or do not apply to you. Who does Apple think they are, anyway? It’s your computer, you can do what you want with it.

Of course, not. Nobody would think that.

Perhaps the Church’s Magisterium, who’s mandated by Christ to teach what it teaches, might have a good point when it suggests that there are somethings all Christians should do, and that there are other things that nobody should do, that is, if they want to keep their soul in good working order.

The priest in this video puts it clearly. He’s not saying anything new but I think what he says is relevant, given the heightened context of today’s cultural climate. Watch this video, give it some thought, and if you still don’t agree, leave me a note. I’d be glad to chat it out with you.