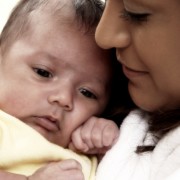 I translated, “The doctor told her she wasn’t allowed to have any more children.”

It was the seventh time I heard those words that day.

San Felipe del Progresso, 1997 — it was a small pueblo outside of Mexico City, with a population of around 2,000. A team of doctors and nurses were offering free medical attention to poor families, as part of their annual “Helping Hand Medical Mission” during Holy Week. Patients were lined up around the block to visit with one of the doctors. Some of them were just asking for aspirin. Others desperately needed a surgeon.  There were many whose trauma we could not treat.

As I was translating for the doctors, the impact of President Clinton’s repealing Reagan’s “Mexico City Policy” became brutally obvious. I interpreted the same story for several women patients, many of them crying, who had been sterilized against their will after having their second or third child. They came to the mission to see if the doctor could help them with the abdominal pain they experienced ever since the operation some doctor coerced them into having. At least 10 women told me they had this happen to them.

Foreign policy debates focus a lot of attention on assisting citizens in developing countries, by helping those countries to develop, providing their citizens with better opportunities for employment and funds for education. It is a shame that we turn a blind eye on the funds that are funneled into promoting abortion and sterilization, a policy which aims at demoralizing and depleting the poor and underprivileged population, rather than helping it to develop.

The Mexico City Policy is the secret “swing” issue of American foreign policy. It swings in and out of effect with every American president since George H. W. Bush. Ronald Reagen enacted the policy in 1984. Bill Clinton rescinded it in January 1993, immediately after he took office. The first thing George W. Bush did, after his inauguration in January  2001, was to reenact the policy. Subsequently, Obama repealed it right a way, in January 2009.

January 2013: will there be another shift?

If Mitt Romney is elected president, he plans to reinstate Ronald Reagan’s Mexico City Policy, which will stop tax payer funds from promoting abortion and sterilization in other countries around the world. If President Obama is reelected, his abortion agenda will continue unfettered for another four years. That’s four more years of America’s promoting and paying for the murder of unborn children and imposing sterilization on poor women throughout the world.