Going against the grain

Of the following three pictures, which one would you call “out of the ordinary”? 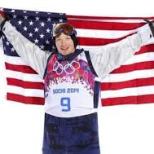 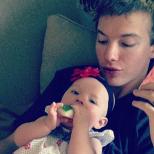 Family man, Freestyle Skier, Gold Medalist —  Olympian David Wise is all three. As one might expect, he made headlines for bringing home a gold. Now he’s gaining even more media publicity for leading an alternative lifestyle — i.e., being a 23 year old husband and father.

“Isn’t it fascinating that NBC views a man taking care of his wife and daughter as an alternative lifestyle? If this is any indication of media views on normalcy, our society is pretty much doomed.”

I’m not sure whether I agree. Certainly, I don’t always agree with the types of things mainstream media consider normal. I actually can’t think of a time when I ever did. Does that mean NBC News’ take on normalcy causes me to become fatalistic about the direction of society? I don’t think so.

Just because NBC has the power to broadcast its narrative to millions and millions of people doesn’t mean their opinions reflect the way the rest of the world sees things, let alone, how things actually are. I think most people recognize that. Or is it just me?

Whatever the case may be, it does not matter how odd NBC views a dad who really cares about his family. I have to applaud David Wise for being who he is and for bringing home the gold for America and his family.

To all you fathers and mothers out there, young or seasoned, here’s to you. You do go against the grain sometimes. You struggle and suffer for what you have to give to your family. Your lifestyle deserves to be recognized and appreciated, and whether or not society or the MSM consider your lives ordinary, I believe you do deserve a medal for what you do!