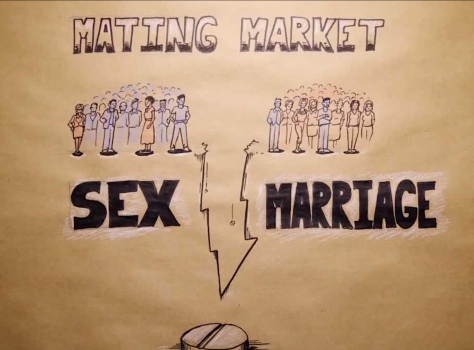 Marriage rates in the U.S. have hit an all-time low.

Meanwhile, the average revenue of the online dating industry is at an all-time high: 1.049 Billion $$$!

This short video from The Austin Institute for the Study of Family and Culture, takes an economic perspective on the marriage crisis in this country: The Economics of Sex. While I don’t think the crisis facing marriage in America can be fully and accurately assessed from a purely economic standpoint, I found this video entertaining, insightful, and generally informative. I especially appreciated how they placed one of the most controversial issues in our culture at the center of the divide between seeking sex and pursuing marriage. 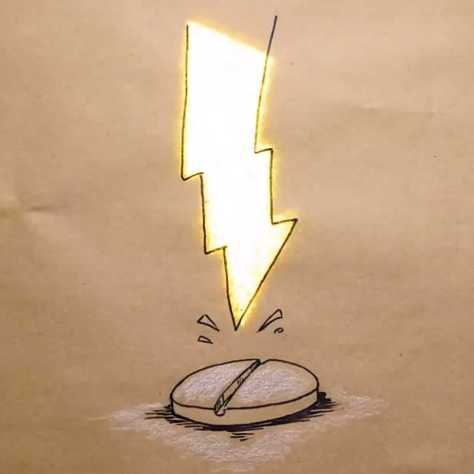 The following analysis of the decline of marriage in America, sheds light on how the pill has brought unanticipated and unfavorable results to the “marriage market,” by comparing it to pesticides in the agricultural industry. It goes on to suggest how the prospect of having meaningful relationships will continue to be threatened until men and women start to take more responsibility and control over their sexual behavior.

I like the way the video uses economic concepts to cover and illustrate how dating is on the rise while marriage rates are plummeting. They get 5 full stars for creativity, clarity, and covering a lot of ground within the space of 10 minutes.

Of course, there are numerous aspects they left out — the fact that way more women are going to college and perusing demanding careers than before, the influence of advertising and entertainment industries on how people view sex, and the way demographic changes factor into the equation. All these things could be described from an economic standpoint as well (not that this is the only or even the best way to explain the issue).

Here are some of the things I like about this presentation. First, it’s short and sweet, and it keeps you engaged.

While simplifying the data, it presents and explains stats to make a very clear point: The average age of first marriages continues to rise; the share of marriages between the years 25 and  34, when women are most fertile, continues to drop. They don’t stop there.

Attention is brought to the affects of birth control repeatedly throughout the video. While they don’t blame the pill, they do explain how the unanticipated side effects of its widespread use have been a major contributing factor to the decline in marriage. Due to birth control, sex without marriage an is abundant commodity in our culture. This means:

While this may be true, by and large, it is a bit simplistic. It does not factor in women who are putting off marriage while pursing their career, for example. It also does not consider those who are seeking both — online dating generates a lot of promiscuity without responsibility and it also generates many marriages.

The main point, however, is still well taken. Marriage is in decline, the biggest contributing factor has been a separation in people’s mind between having sex and getting married, and we would not have seen this shift in our society without the introduction of artificial birth control. Who would have anticipated this?

The Pope did, actually, back in 1968, when he issued the encyclical letter Humanae Vitae.

What Does the Pope Say?

Pope Paul VI predicted that if contraception were to become widely used, it would incur the following unfavorable effects threatening marriage in society:

The video actually notes 3 out of the 4!

On the one hand, I think Pope Paul’s assessment helps shed more light on the problems we are seeing with the decline of marriage today, by considering it from a moral and slightly theological standpoint. On the other hand, there seems to be a consensus on the matter, whether or not this video comes right out and says it. It does go so far as to suggest that if men stepped up to the plate, and if women were more squarely in charge of how their relationships transpired (something both sexes have handed over by using birth control to have sex while avoiding pregnancy), we would be seeing:

While observing that “none of those things seem to be happening right now,” they do seem to suggest that it would be a lot better if we did. What do you think?