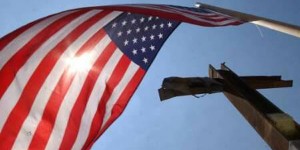 We Are A Christian Nation

I am going to start off saying some things that could come across as negative (because they are not positive things). My point in this article, however, is to encourage Christians to rise above all the negativity and to suggest some general lines about how to do so. The main thrust of my exhortation is that the remedy to the negative attitude towards religion is more religion, specifically, in the form of ecumenism.

Unless you were away on a pilgrimage last week, you are probably aware that attacks against religion in the media have reached new highs (better said, lows). You may have even suspected that this recent barrage of insults bears the mark of retaliation against Christian resistance to the HHS mandate.

The attacks themselves have little or nothing to do with the HHS issue. Just the simple fact that several unrelated stories suddenly appear all over the news and throughout the internet, on Twitter, Facebook, You-name-it, suggests that this is a diversion tactic aimed at taking people’s attention off the issue at hand, while redirecting people’s hostility toward people of religion, who are made to look like fools and hypocrites.

Here is a sample of recent stories in the news you should already be familiar with. I’ve divided them into three groups:

The reason why people think they can get away with publicly insulting people’s religious sensitivities is that Christians tend to be pacifistic. Recently, that trend has started to change. In fact, another article I recently discovered accuses Catholics of “Cyber Bullying”.

One wonders if we can win the cyber-war by simply fighting fire with fire. If our attempts at lashing back are just another case of preaching to the choir, I think the answer is No. Nor do I think that the battle is to be won by getting more actively involved in politics. Christians should be actively engaged in politics and making use of social media to evangelize. I’m not convinced, however that, these are the best ways to respond to the opposition in the present case.

As these events escalate in the media, our lashing back at them online becomes a shouting match that will be stored on the public record for all generations to see. The outcome will be determined by the one who can shout louder and I’m afraid we don’t have the bigger mouth or the louder voice. Cyber shouting is not the way to go.

The best way to respond is by continuing to do well what we are already good at and to do that better. Ecumenism is the perhaps the best way to rally our religious fervor in force.

Ecumenism is “more religion,” not quantitatively, but qualitatively. Ecumenism means “That they may be ONE.” With active Christian ecumenism, the force of one will outlast the scattered voices of many.

In times of war, we need to put any bickering among us aside and focus on the common goal: our love for Christ, our strong religious conviction, and the ernest desire to transmit our faith to future generations.

Many are saying that we are already living in the Post-Christian era; that 9/11/01 will mark the calendars as Day One, PCE.

The New Evangelization stands in contrast to this attitude. The Springtime of Evangelization heralded by Blessed John Paul II is not just a Catholic thing. It’s a Christian thing: That they all be One! 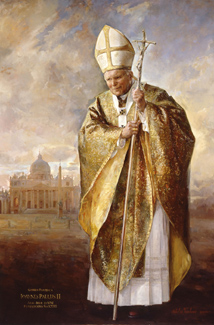 The Catholic Church’s eagerness to engage Christians of all faiths in the New Evangelization are clearly expressed in the documents of Vatican II. This quote from the first paragraph of Sacrosanctum Concilium, which I think stresses that point:

This sacred Council has several aims in view: it desires to impart an ever increasing vigor to the Christian life of the faithful; to adapt more suitably to the needs of our own times those institutions which are subject to change; to foster whatever can promote union among all who believe in Christ; to strengthen whatever can help to call the whole of mankind into the household of the Church.

What more can we do as Christians to foster whatever can promote union among all who believe in Christ? We can begin by strengthening our religious conviction and supporting each other with fraternal charity during this episode of anti-religious antagonism.

I believe social media can play a strong roll in fostering Christian unity and I think that may be a better use of our time than lashing back at our opponents. We will show our true colors — our dignity as Christians — if we are able to rise above them successfully.