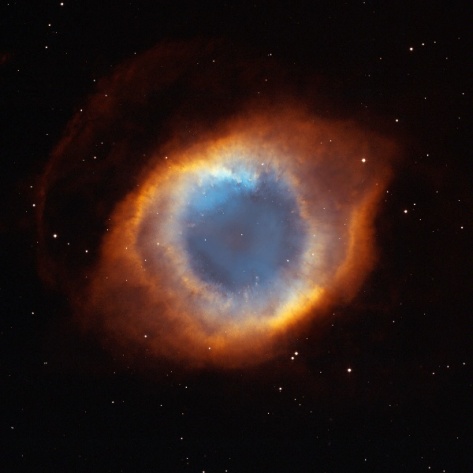 In the Nicene Creed we pray every Sunday, we pray: “I believe in one God, the Father Almighty, Maker of heaven and earth, and of all things visible and invisible.”

The new and old translations of the Creed only differ regarding the last part of this phrase in choosing Latin based over Anglo-Saxon based vocabulary — visible/invisible v.s. seen/unseen. No matter how you translate it, the implication is that we believe not only in a Creator-God whose created universe encompasses everything that exists, but also that God created things that we cannot see (hear, touch, taste, or smell). When we reflect upon it, there are so many things we accept in faith, which lie beyond the scope of the senses.

Upon further reflection, our belief in things invisible is not makes perfect sense, even without recourse to faith.

For example, the beauty, or what some people call the “miracle,” of modern science consists in our human ability to reveal the invisible and make the unseen seen. 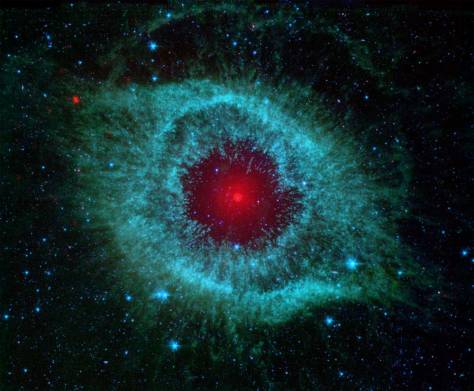 Another perspective on the Eye of God 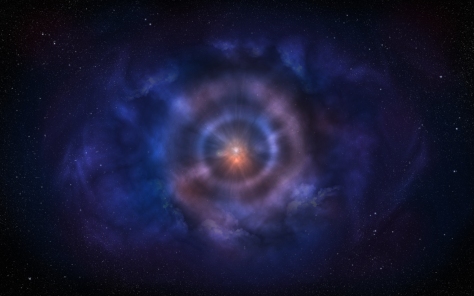 We naturally believe in the power of science to uncover hidden mysteries in nature, to present our senses with fresh views on reality, which were previously unforeseen. It seems reasonable to think that science could eventually give us the whole picture — an all encompassing view of quite literally everything.

There are some invisible things, however, that everyone accepts as obvious, which scientific instruments cannot make visible. For example, consider the truth of this sentence: “Every Biltrix is blue or some Biltrix is not blue.” In virtue of the Principle of Non-Contradiction, we automatically grasp that contradictory statements cannot both be true simultaneously. It cannot be raining, right now, in your living room, and at the same time not raining in your living room. Even if not you can empirically verify whether it is currently raining or not raining in a certain place at a given time, you can be absolutely certain that it is not both raining and not raining in the exact same place, at the exact same time, and under the same set of circumstances.

Our certainty is not always based on what our senses tell us, because truth itself evades the scope of the senses. Although senses normally aid us in ascertaining truth, we assent to truth with the intellect, not with the senses. The assent to truths of the faith are no different.

Nevertheless, people still demand signs to confirm the invisible truths of faith. In today’s liturgy, Christ asks us to believe truths that are hard to accept without definitive signs.

Many of Jesus’ disciples who were listening said, “This saying is hard; who can accept it?” Since Jesus knew that his disciples were murmuring about this, he said to them, “Does this shock you? What if you were to see the Son of Man ascending to where he was before? It is the spirit that gives life, while the flesh is of no avail.

I the letter to the Ephesians, Paul invites us to believe in the mystery of the Church in the same spirit of supernatural faith:

For no one hates his own flesh but rather nourishes and cherishes it, even as Christ does the church, because we are members of his body. For this reason a man shall leave his father and his mother and be joined to his wife, and the two shall become one flesh. This is a great mystery, but I speak in reference to Christ and the church.

These mysteries are not simply hard to accept; they are hard to understand. Making it more difficult, our acceptance of such mysteries places seemingly unreasonable demands on our life. Therein lies the rub.

Stiff-necked people don’t like being told how to conduct their lives. For many people, it makes more sense to reject matters of faith when it comes down to compromising their way of life and their way of seeing things. They are quick to equate things invisible with “That’s just unreasonable! Who can abide by it?”

For instance, Paul’s invitation to embrace the covenant of marriage in “hard to accept.” Not only is it hard to live, it is hard to grasp the deep truth he preaches in the letter to the Ephesians. It seems easier and perhaps even more reasonable just to shrug ones shoulders and say, “Marriage? A sacred covenant? A sacrament? That’s not how I see it.”

Saint Peter, views it from a different angle — Gee… Maybe it’s just better for some people not to get married –because his views are informed by reason and faith:

“Master, to whom shall we go? You have the words of eternal life. We have come to believe and are convinced that you are the Holy One of God.”

In today’s liturgy, Saints Peter and Paul offer the same invitation and the challenge that Joshua put before the people of Israel centuries before:

“If it does not please you to serve the LORD, decide today whom you will serve, the gods your fathers served beyond the River or the gods of the Amorites in whose country you are now dwelling. As for me and my household, we will serve the LORD.”

(Incidentally, or perhaps not quite incidentally, Joshua was our Lord’s namesake… Just a little more food for thought).

If we truly believe what we say in the Creed every Sunday that God is the creator of all things visible and invisible, we should respond with the same faith as the people of Israel:

“Far be it from us to forsake the LORD
for the service of other gods.
For it was the LORD, our God,
who brought us and our fathers up out of the land of Egypt,
out of a state of slavery.
He performed those great miracles before our very eyes
and protected us along our entire journey
and among the peoples through whom we passed.
Therefore we also will serve the LORD, for he is our God.”