I stumbled across an article this morning that I found particularly amusing: The Logic of Christianity: What am I missing? 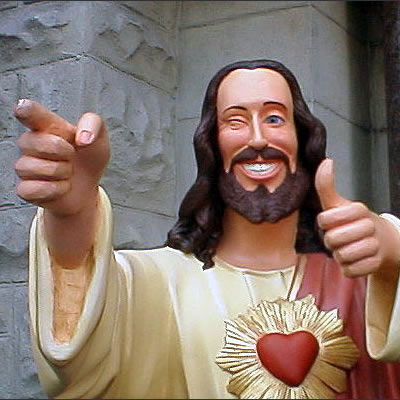 The author was being rather tongue and cheek and admitted that she understood that many Christians would not see things the same way she sees it, so she asks, “What am I missing?”

I don’t want to respond by pointing out every misconception or misrepresentation in her daftly written piece, or even answer her question about what she’s missing. I want to focus rather on the “Logic of Christianity” — some pointers on how to understand the “Language of Revelation.” 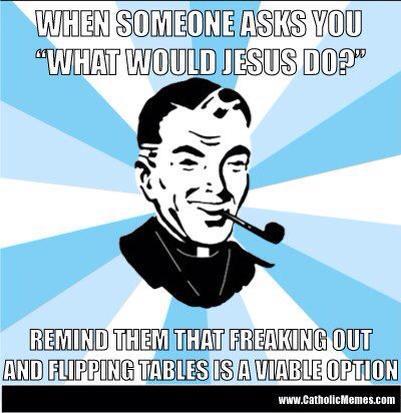 “Then, a few thousand years later, God decides to forgive mankind for the original sin of Adam and Eve.  He pondered on how to go about it and then, voila! He came up with a great idea! He would murder his son. (Why all the excessively brutal sideshows is beyond me) Jesus had to die for our sins. Without Jesus dying, for some reason, the almighty God is not able to forgive mankind.”

Some straw man arguments don’t even deserve a response. This woman’s article is strewn with this types of misrepresentation that would take more pixels to debunk than I have the time to dedicate to the task. In order to respond to the original question, “What am I missing?” the correct response is, for the most part, accuracy, ma’am. (Any intelligent reader can detect this on his own without my having to delve into a full rebuttal, but if anyone wants to question me on this, they can do so by posting their criticism in the comments below).

There are, however, several valid questions raised in the article concerning why an almighty, omniscient, benevolent God would behave in ways depicted in the Bible. Why create mankind in such way that they are destined to fall into a trap, the consequences of which would make God sorry he ever made mankind, and thus, decide to wipe out the entire lot of them, save one just family, who in the end does not turn out to be your modle Cleaver household when it’s all said and done (e.g., drunkenness, incest, rape, murder, etc…)?

We need to bear in mind that many of the books of the Old Testament are narratives that relate the account of salvation history in allegorical form. Allegory has a logic of its own. For instance, using a New Testament example, how can I refer to Christ as a Lion and a Lamb at the same time? How can I use snake to represent the devil in Genesis and a prefiguration of Christ in Exodus? Why is fire a symbol of hell, on the one hand, and the Holy Spirit, on the other? Where is the logical consistency in all this?

The answer: The human mind just gets it. Metaphor is a sign of the sublimity of the human intellect. We get the point quicker and more intuitively when symbols communicate directly to our consciousness than when we spell everything out in pedantic theology. And stories comunicate these things more effectively to a broader range of people than detailed descriptive accounts do.

Speaking of story, it’s providential that “The Hobbit” debuts in theaters at midnight (unabashedly shameless plug: tune in tomorrow for my review on Peter Jackson’s movie — that’s right I’m taking in the show!)

Tolkien’s understanding of myth and legend sheds a lot of insight on the use of narrative and parable:

“I believe that legends and myth are largely made of truth, and indeed present aspects of it that can only be perceived in this mode; and long ago certain truths and modes of this kind were discovered and must always reappear.”

What Tolkien says with regard to myth and legend can be applied as well to ancient narrative, stemming from oral tradition, and parable. The truth conveyed in the story is not so much always the precision or accuracy of the account itself, but the motif or value that underlies the account. In the case of salvation history, it is the inversion of what we tend to think is about man’s search for God — religion has more to do with God seeking out and redeeming the broken heart and soul of man. The means of communicating this turbulent love story is the narrative of the human struggle when he forsakes the  ways of God, and the extents to which God is willing to go in order to restore mankind to his state of grace, so that he can welcome us with open arms to the eternal banquet, where there’s a place at the table waiting for us, with our name tag on it.

Returning to the logic of Christianity question the way it was originally posed: “You mean we are going to have cutlery and fine china and linnen cloths in Heaven?” If that is your question, then I’m afraid you just keep missing the point. That being the case, it would probably be most fitting to end with this quote from Aquinas: