Cardinal Dolan’s assessment of the three challenges facing the next pope can be summed up in one word.

The enemy at the gates and the enemy within the walls is one and the same: Secularism.

We need to define “religious freedom”

These three points are just a sample of the challenges facing the Church today, challenges which the next Pope will have to face. 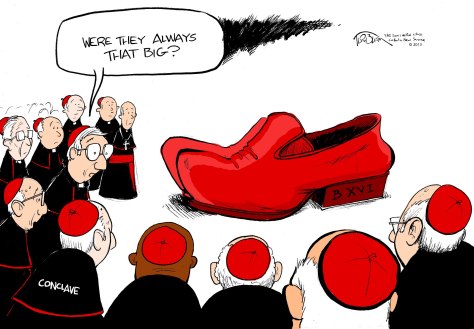 What must they be thinking right now?