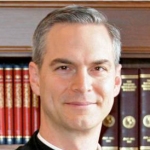 Fr John Bartunek is a good friend of mine. I’ve known him for almost 20 years and worked with him for a couple of years as a colleague-professor at the seminary .

Fr John is a masterful preacher and spiritual writer. His Catholic bestseller, The Better Part, is a Christ-centered resource for personal prayer (that’s actually the subtitle; there’s really no better way to put it).

He also writes for two blogs: Catholic Spiritual Direction (runner up for About.com’s best Catholic blog award, after Fr.Z’s What Does the Prayer Really Say in 2012) and Uncle Eddy’s Daily Spiritual Vitamins (short letters from Eddy to his nieces and nephews on the saint for the day). Here is an excerpt from Uncle Eddy’s letter today:

Dear Minny,
Your point about introducing spiritual themes and Catholic doctrine gradually and subtly into your seminar discussions is well taken. Nevertheless, be on the lookout for what the spiritual masters call “human respect”: refraining from giving witness to Christ out of fear of ridicule. It can sneak up on the most well meaning apostle, and when it does, tragedy strikes.
I have often considered it a sad irony that young Catholics like yourself hide their faith in order to save their “reputation,” but the great Church heroes of the past were willing to give up their very lives instead of staying silent. Take today’s saint for example. He was one of a host of martyrs who suffered when King Yezdigerd of Persia (modern Iran) jump-started the Persian persecutions, initiating a 40-year attack against the Church in that country. Benjamin was a deacon. They apprehended him for his faith, beat him severely, and imprisoned him for an entire year before an ambassador from the emperor arrived to plead for his release [Read more]

Fr John’s journey from atheism, to Christianity, to Catholicism, to the priesthood has always intrigued and inspired me. As he mentioned in the video, one of the strongest catalysts in his conversion process was his experience of art during his semester in Florence, Italy, as a college student. His telling this story hearkens a visit to the Metropolitan Art Museum when Fr John gave an analysis on this abstract piece: 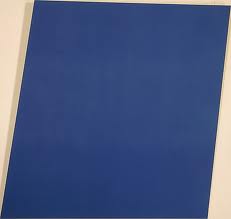 Whenever I see painting, it reminds me, God draws straight with crooked lines…