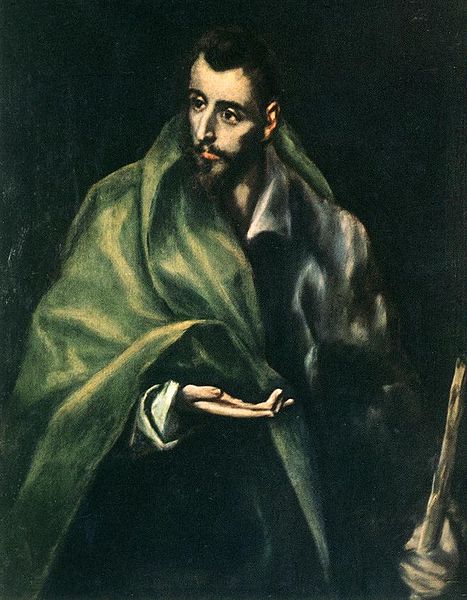 To follow the path God set before you all your life. Imagine only doing that. What would that be like?

Saint James, Son of Zebedee, has the answer, because that life, that path, was the only one he knew.

Called by Christ to leave their ordinary lives as fishermen behind, James and his brother John “dropped their nets and followed him” (Matt 4:20). That means they left all their property, their family, their homeland, their livelihood, everything to follow a new path in life, one they had no idea of where it would lead them. They followed blindly, by faith.

The Lord’s plan for James and John was full of surprises. In short time, they found themselves set apart with 10 other men to form a select group of apostles — a band of brothers, chosen by Christ himself, “sent out” to preach the Gospel: “The Kingdom of Heaven is at hand!”

James, John, and Peter were especially privileged among the 12. Jesus often chose them to accompany him on special missions. They witnessed Christ’s extraordinary power first hand when he raised Jairus’  12-year-old daughter from the dead.

Signs and wonders. Prophesies and healings. Feeding vast multitudes with 5 fish and 2 loaves of bread. A man walking on water in the midst of a violent storm. What could all this mean?

At times the marvels of James’ new life got to his head. He and John once asked the Lord if they could “call down fire from heaven” to scorch an entire village for their lack of hospitality. The audacious duo put their own mother up to asking Christ to grant them the special privilege — as if they were not privileged enough — of sitting at his right and left side, when he entered his kingdom. Their presumption seemingly had no bounds, for they had no idea what they were asking.

“Can you drink from my chalice?” Christ would ask.

“I can!” James responded.

“You will.” Christ answered.

And eventually, James did.

Christ invited his select three, Peter, James, and John, to join him on two very special occasions: a journey to the top of Mt. Tabor to witness a phenomenal vision of Christ transfigured in glory; and a night vigil in the Garden of Gethsemane to watch and pray. On both occasions, James, invited to pray, slept. On both occasions, he was aroused from his slumber to find himself in a state of shock and awe. On both occasions, Christ warned James of the passion. In the garden, Christ prayed to his Father to take away the chalice, of which he had previously spoken to James. Christ would soon accept that chalice. For James, however, it was too much to accept. He would not be present at the Lord’s crucifixion.

What James did not know is that the Lord who called him knew James’ heart through and through. He knew the paths that James would forsake and the path he would eventually take. He knew that James would be the first of the 12 to drink the chalice of martyrdom and join him in his Kingdom in Heaven.

Tomorrow’s Post: Life As a Pilgrimage: What Have We Learned from St James?