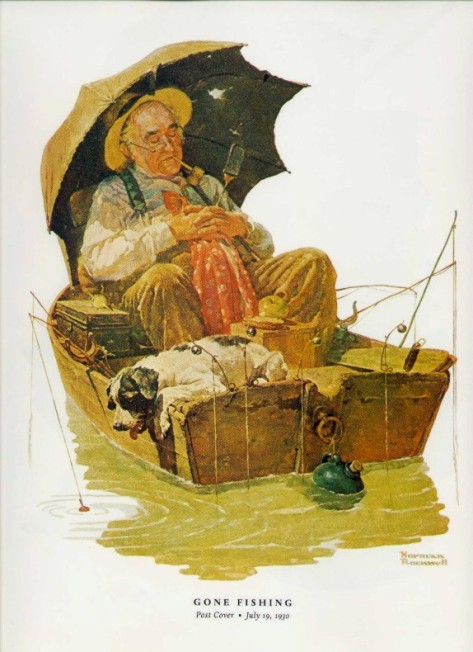 Teach a man to fish…

A wise Irishman once told me this proverb: Give a man a fish and you feed him for a day; teach a man to fish and you turn him into a lazy, good for nothing, worthless bum for the rest of his life.

Obviously this man knew nothing of the sublime joy that comes from dry-fly fishing, but that’s beside the point. And it has absolutely nothing to do with subsidiarity.

In my “Joe” Catholic post on Friday, I embedded this video that nicely explains the principle of subsidiarity. I decided to include it again here, because it’s good, and because it goes along well with what I am going to say here.

As with everything, subsidiarity has a context, which needs explaining. I can’t explain in depth here what so many Papal encyclicals have developed since Leo XIII’s Rerum Novarum in 1891. The principle of subsidiarity was introduced into this tradition of Catholic social teaching by Pius XI in Quadragesimo Anno (entitled “On the 40th Year,” as it was written 40 years after Pope Leo’s monumental Rerum Novarum). In Quadragesimo Anno the Pontiff observed that:

“The supreme authority of the State ought, therefore, to let subordinate groups handle matters and concerns of lesser importance, which would otherwise dissipate its efforts greatly. Thereby the State will more freely, powerfully, and effectively do all those things that belong to it alone because it alone can do them: directing, watching, urging, restraining, as occasion requires and necessity demands. Therefore, those in power should be sure that the more perfectly a graduated order is kept among the various associations, in observance of the principle of “subsidiary function,” the stronger social authority and effectiveness will be the happier and more prosperous the condition of the State.” — Quad. An., 80.

Suppose a man needs to hammer a nail into a wall, for whatever reason. Not a complicated task, but in order for it to be carried out effectively someone needs to wield a hammer and someone needs to hold the nail in place against the wall. Now, would you want to be the one holding the nail while someone else swings the hammer? 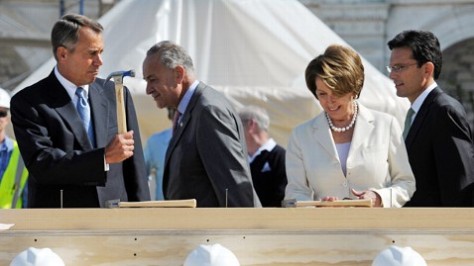 Nancy, I need you to do me a small favor.

Provided that the man in question has two arms, it makes more sense and is much more efficient for one man to do the job. He can hold the nail in one hand and the hammer in the other. If he smashes his own thumb, that’s his problem — there’s less of a chance there will be any legal or compensatory implications afterward.

To make my analogy clear, in the 2 man + 1 hammer scenario, the man wielding the hammer represents government intervention, where it is not needed.  In this example, it is clear that if the lower level of society can effectively handle the situation, it should be left to do so.

Say, the man who needs to hammer a nail only has one arm; then, obviously, someone needs to help him out. That’s one instance where other principles of social justice come into play, such as solidarity, concern for the common good, preferential option for the poor, sick, and disabled, and above all, respect for the fundamental dignity of the human person.

Private Catholic and non-Catholic charitable organizations exist to help people in need. There are also ways in which individuals can and do help out. I know doctors who attend people who cannot afford medical care, lay people who organize midnight runs to feed the homeless, women who offer part of their time to help educate poor younger women on how to manage their home and care for their family, and I have personally taken part in many of these types of activity here in the United States and in other countries.

So I have personally experienced how Catholic social justice works when it is allowed to work as it should. I have seen Catholic charities touch people’s lives — both those who serve and those who are served — in ways that government programs do not, because the bureaucratic approach does not guarantee that personal touch. And the government should not have to provide that personal touch. Christ’s commission for his Apostles was for them to take care of the poor when he said, “You feed them” (Matthew 14:16).

At the end of my post on Friday I asked some questions about where the presidential candidates stand on Catholic social teaching, specifically with regard to the principle of solidarity.What prompted those questions was the common assertion nowadays that some so-called “social justice Catholics” make, suggesting that they implement Catholic social teaching through their policies and programs. Really? Where?

If you are interested, here is a link to a website where all of these principles are explained very well, with references to the magisterial documents that expound upon and promote them: Catholic Social Teaching. I would also like to recommend reading Pope John Paul II’s Solicitudo Rei Socialis (On Social Concern), which happens to be my personal favorite, although it is less read than other encyclicals, because it was overshadowed by the same Pontiffs’s Centesimus Annus (One Hundred Years, i.e., after Rerum Novarum).